Prior to her career in law enforcement, she was a journalist who worked as a reporter and photographer for a chain of newspapers in the San Gabriel Valley and later as an editor for a trade magazine. She briefly wrote news for a local television station. 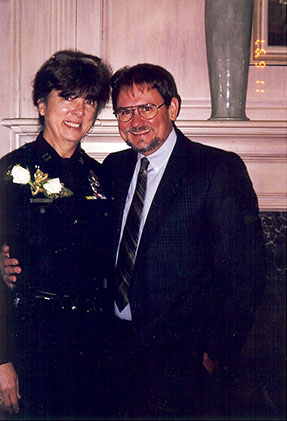 She joined the Los Angeles Police Department as a policewoman in 1969 but left because at that time women couldn’t promote higher than sergeant and were given very limited assignments. When she returned in 1973 as a police officer, she was among the four women in the first academy class who would be allowed to work as patrol officers and whose promotional opportunities would be unlimited.

She worked patrol for a year and was asked to be an undercover officer for the intelligence division where she reported on groups who planned the overthrow of the U.S. government. After being arrested during a riot in downtown L.A. she left that assignment to testify on behalf of officers who were injured during the melee. 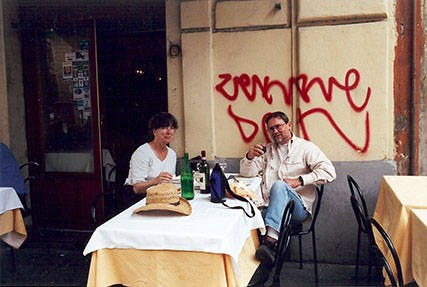 Restaurant in Rome – the food was great, and we loved the ambiance

Her career as a commanding officer began in West Los Angeles as a patrol captain. She was there during the earthquake and was the commanding officer who responded to the Nicole Simpson/Ron Goldman homicides. She spent most of the early morning hours watching the WLA detectives do a thorough and professional job at the crime scene before the decision was made to give the investigation to the Robbery Homicide Division. 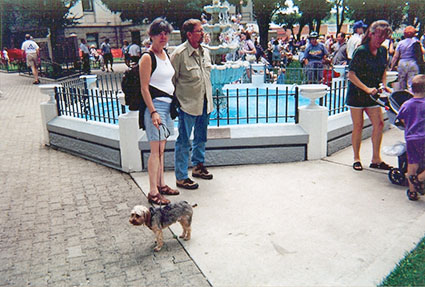 Taking a walk in Prescott, AZ

After returning to the Narcotics Division as the captain for the Field Enforcement Section, she was promoted as the area commanding officer for the Hollywood Division. Hollywood was a productive, high-energy division where she promoted community policing and had an active successful youth program as well as one of the best Community Police Advisory Boards in the city. She received several commendations for community policing and recognition for her work in the community including the Hollywood Chamber of Commerce Women of Distinction award. 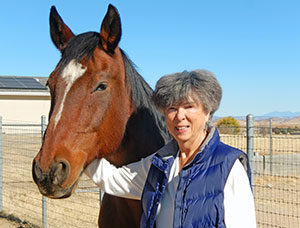 Home on the range with a new friend