The day after former Los Angeles Police Chief Daryl F. Gates died, the L.A. Times once again showed its total lack of class and objectivity by being – well, the L.A. Times.  The paper ran headlines such as “Controversial LAPD chief – Known for key innovations and a combative approach, he saw his leadership challenged as the Rodney King beating case unfolded.”  The next day, the editorial section had almost a full page with separate pieces written by two men who obviously didn’t like the man.  Jim Newton’s lead was “I knew where I stood with the chief, and it wasn’t pretty.”  Joe Domanick started his diatribe with “L.A. changed, but he – and his department would not.” The guy was dead, and they were still sniveling and sparring with him.  It made me wonder what it was about the Chief that got under their skin so bad that it caused them to lash out at him even as he lay in the funeral home.  After reading their editorials, I had this picture in my mind of Chief Gates sitting in his black and white chariot looking down at Newton and Domanick and laughing his ass off.  Gates was smarter than both of them and had a sense of honor and courage they never valued.  He also had a sense of humor and must be enjoying the idea these guys are still so pissed at him they can’t give him a proper eulogy. The reason Gates didn’t like Newton should’ve been pretty obvious to most cops.  Newton never understood the police department he wrote about with such sublime arrogance and ignorance.  If Gates “detested” (Newton’s word) The Times, it was because The Times lacked objectivity and intelligent research in covering anything related to the LAPD.  The paper worshiped the likes of Ramona Ripston and her ACLU-laden police commission, but couldn’t stomach the concept of giving any police officer a fair hearing or the benefit of the doubt. Domanick claimed the city changed but Gates and the department wouldn’t.  Gates was the chief of police for 14 years and contrary to Domanick’s assertion, the Chief did understand and support the social justice movement.  Domanick just saying Gates didn’t support civil rights, women’s rights and gay and lesbian rights doesn’t make it true.  Disagreeing with Tom Bradley didn’t make the chief a racist.  Most of the time Mayor Bradley was not only wrong but ineffective and aligned with too many special interest groups.  The police department should’ve been bigger and better equipped, but Bradley did nothing to make that happen.  Gates believed in accountability, but promoted aggressive policing because that’s what he had to do when there weren’t enough officers, and the mayor wasn’t doing anything to make it better.  The whole department wasn’t running amok killing unarmed suspects with no accountability.  If by that statement, Domanick was referring to Rampart, it was the LAPD that uncovered those renegade cops.  It’s disingenuous and dishonest to indict a whole department because of a couple of bad cops…yes, a couple.  After all the ranting and raving, the Rampart scandal was proven to be only a handful of bad cops and a weak captain.   Gates’ department never tolerated brutality or lawlessness.  If it had, no one would’ve ever known about Rampart or any of the other rare “scandals” that were quickly uncovered and bad cops fired and punished. Domanick’s entire editorial is a simplistic shabby analysis of the city’s history and Gates’ tenure as chief.   He touts the Christopher Commission and the consent decree for harnessing and reining in an out-of-control department.  The truth is the commission’s findings and the consent decree were no more than annoyances creating busy work for an already burdened department.  A real historian would’ve looked at the department and Gates’ actions within the context of the time he served and taken into account a number of events including the onset of the crack cocaine epidemic, the rise of violent street gangs, out of control illegal immigration with an increase in drug smuggling, changing demographics in the neighborhoods, a fading recession, a flood of homeless people on the streets (the ACLU’s Sundance decision kept the police from picking them up for being drunk), the tapering off of the anti-war movement’s violence and leftwing groups fomenting violence – a lot of it directed at the police, the remnants of the SLA, SDS and the Weathermen – all handled with one of the smallest police departments in the country for a city as big and complex as L.A.  Since these were just a few of the social issues the police department had to confront and deal with at that time, Gate should’ve been given a lot more credit for his efforts. Joe Domanick gloats at the end of his editorial that when Bratton became chief of police it drove, “a final stake through the heart of the culture Gates had embraced.”   This guy is really ignorant about the LAPD.  I worked for and knew Chief Gates.  The man was a true leader and innovator who embraced a proud, well-trained, professional police department where courageous men and woman protected and served those who depended on them for law and order.  His department was diverse and dedicated to the rule of law.  He didn’t tolerate dishonesty or cowardice and honored those who risked and many times sacrificed their lives for others and to preserve a tradition of excellence.  That was and is the real culture of the Los Angeles Police Department.  That was Gates’ real legacy and the reason why, almost 20 years after he retired, the man couldn’t walk into any room of police officers from any police department without a standing ovation. Chief Daryl F. Gates was a better man than Joe Domanick or Jim Newton and deserved a better eulogy than they could possibly give him. 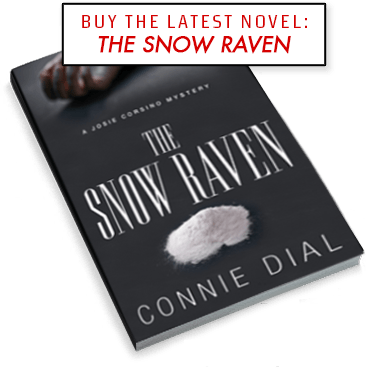