“Being a police officer in today’s politically correct climate”

It seems as if there’s always something on the nightly news or the morning papers that reminds me just how difficult it is to be a police officer in today’s politically correct climate.  Recently, the President of the United States called a Cambridge police sergeant stupid for doing his job and essentially equated the sergeant’s reasonable behavior with that of a foolish, out-of-control professor.  Several weeks ago, I read an editorial in the L.A. Times by one of the paper’s regular contributors who may have surpassed both the professor and the president of the United States in allowing prejudice to cloud her judgment.

“All the colors that make blue” was a piece by Sandy Banks.  She had attended a graduation at the Los Angeles Police Academy and was gushing about her delight in what the L.A. police department had become.  Banks saw racial and ethnic diversity and the ability to deal with people as some new kind of policing. She had this revelation while “passing down the row of cadets, checking the ‘function and lubrication’ of each graduate’s gun.”  Having carried a gun for nearly 27 years while an active police officer, I’m not certain how you’d check the function and lubrication of a gun by just looking at it, but that comment fit nicely with the rest of her insights.  In her article, she quoted an assistant chief who claimed “the Neanderthal, knuckle-draggers are going the way of the dodos in this department,” and applauded the chief of police who had “embraced the concept of community policing and surrounded himself with like-minded brass.”

Sorry, but I found those comments pathetic and insulting.  Even before the department started hiring and promoting people based on their color and gender and not exclusively on their ability to do the job, there was some professional, intelligent, and yes, compassionate police work going on in the City of Los Angeles.  Banks also quoted this assistant chief as saying, “good police work is about understanding the human factor.”  I give up.  What exactly does that mean?

I’ve always believed good police work was about knowing the law and enforcing it.  Police officers can’t change the social make up and dynamics of a community.  They have little lasting impact on crime trends, and all the talk at crime stat meetings won’t change that.  They aren’t social workers, priests, crossing guards, babysitters, or mommies.  They carry guns and handcuffs because they should be concentrating on preventing crime, catching the bad guys and protecting the people they serve.  If they do that really well, they create an environment for good things to happen in a community.   Throughout the history of the LAPD, a lot of brave men and women of all races and backgrounds died doing just that.  Their uniform was one color – blue, and I can’t remember one of them hesitating or walking away because the victim they had to protect was a particular color or economic status.

It’s ignorant and offensive to say that today’s LAPD officers are somehow better than those that came before them.   I know for a fact there are a lot of dedicated, hardworking officers in the department today, but it’s a different time with different problems.  Maybe today’s officers won’t have to deal with a time like the sixties, a couple of riots, the SLA, the Weather Underground, gang wars, or rampant indiscriminate killing over crack cocaine, etc.  I hope not.  But don’t use today’s standards  to judge those cops who came before and got the job done under incredibly adverse conditions with several thousand fewer officers to back them up.  They weren’t Neanderthals, and they weren’t knuckle-draggers.  There have always been a few bad cops, and there always will be; they’re human, but the majority of the department was and still is extraordinary.

There was a time when the LAPD was considered on the cutting edge of policing.  Other agencies came to Los Angeles to see how it worked and shamelessly copied this department.  Dragnet and Adam 12 didn’t glorify NYPD.  Every law enforcement publication had an article by the chief of police or some member of the department’s command staff.  How often do you see that now?  Team policing, senior lead officers, SWAT weren’t notions that came from cavemen.  Those were progressive crime-fighting ideas that worked.

Police officers should always be held to high standards.  Diversity is important and necessary, but it isn’t everything.   Merit, innovation and excellence are concepts from the past worthy of retention in the “new” LAPD. 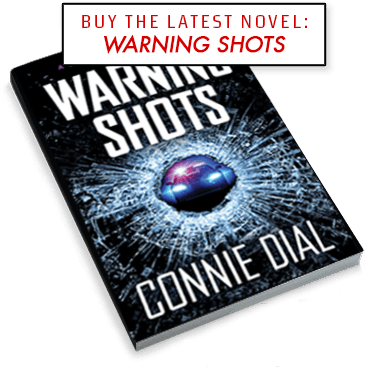